​We scoured the internet for the best podcasts for people who not only want to be entertained, but also informed. If you don't know what a podcast is, first of all, welcome to 2019. We hope your decades long coma was refreshing. Second, if you want a better concept of what a podcast is, check out this informative graphic that explains (in painstaking detail) what podcasts are and how they work.

In this list we highlight podcasts that either focus directly on topics like business, advertising, media, and money, or feature stories and discussions that have more of a tangential impact on the corporate world. There will also be a few fun time wasters in there to help you make it through the workday.

All about the business

​These are the podcasts that focus on business news of the day, as well as the science, psychology, tech, and trends that are directly shaping the modern workplace. You won't find a lot of topics that aren't focused solely on the workplace in one form or another. 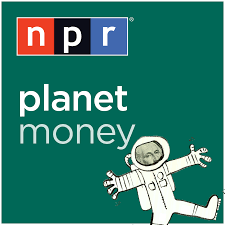 Planet Money's tagline is "The Economy Explained", and for something as varied and complex as the world economy, they do a pretty good job of explaining it. Sometimes that means reviewing the big news of the day, like the potential impact of new tariffs, or the progress of Brexit. Other times it involves a nuanced look at smaller issues that have surprisingly big implications. Despite the short run-time of most episodes, you will come away feeling a strong understanding of what was discussed in each episode. 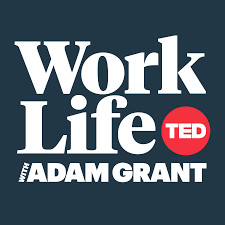 As an organization psychologist, the host Adam Grant doesn't focus as much on what people do, but more on the why. As with many things in the TED universe, the information is usually presented through interviews and real-world examples. This helps the information being presented seem more relatable and less conceptual, like you would get from a standard news segment. 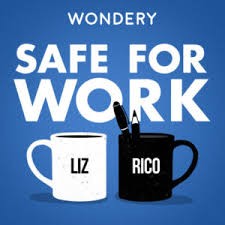 Safe for Work feels different from many of the podcasts on this list thanks to its hosts, Liz and Rico, who structure the episodes like a morning radio show just without all the zany content and way more office talk. The advice and strategies delivered in the show feel more like advice from a respected co-worker and friend, as opposed to an impersonal industry expert. 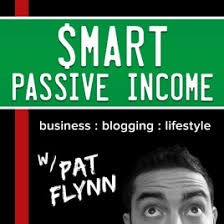 Every list of the best business podcasts includes $mart Passive Income for a reason… Several, actually. Each episode provides specific, actionable ideas you can (and should) use to improve your chances of success. The amazing thing is that most of the advice is not generic. It is industry specific and goal specific. On the plus side, you will find episodes that seem to speak specifically to your market and your needs. On the negative side, there might be some episodes that you will want to skip since they don't apply to your career.

While the previous podcasts on this list focused solely on the workplace and business as a whole, this next group of podcasts have a more tangential relationship with the world of commerce. These episodes tend to focus on some of today's most impactful ideas and individuals. 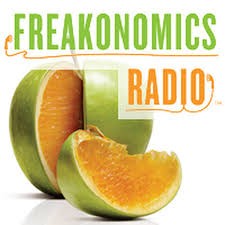 Host: Stephen Dubner
Average run-time: 40 minutes
Suggested episode: Here's Why All Your Projects Are Always Late — and What to Do About It

If you liked the book, it's hard to imagine you won't like the podcast. If you didn't like the book, or never read the book, or never even heard of the book, you may still like this podcast. Each episode of Freakonomics Radio takes an unflinching look at just one topic, makes no assumptions, and takes nothing for granted. Dubner's discussions with "Nobel laureates and provocateurs, intellectuals and entrepreneurs, and various other underachievers" will make you question conventional wisdom… In a good way. 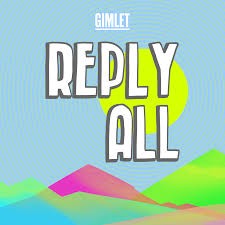 In the introduction of the first episode PJ Vogt states unenthusiastically, "This is Reply All, a show about the internet". The tone and wording are an amazing juxtaposition between how casual and unassuming many of us view and use modern technology, compared to how impactful and revolutionary it is in our daily lives. The subjects the two hosts explore are often small and intimate in detail, but big and powerful in reach at the same time. They take impersonal tech topics and make them incredibly human by focusing on the people at the heart of the stories. 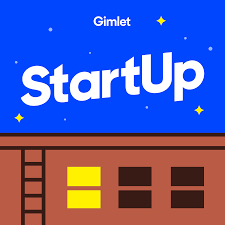 Premiering in April of 2014, this podcast chronicled Alex Blumberg's journey as he left his successful career at NPR to start his own Podcast network, Gimlet Media. During that first season you could feel his frustration and heartache as he struggled both professionally and personally to get his fledgling media company off the ground. More importantly, you got to share in his pride and jubilation as his dream became reality. Since that first season StartUp has followed several other people as they tried to launch and grow their own companies. What makes the series so great is that nothing is sugar-coated. You will learn lessons as much from those who attain their goals as those who came up wanting. 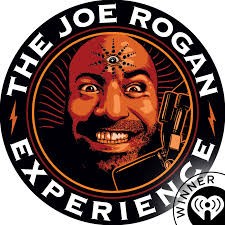 Ok, just hear me out on this one. The Joe Rogan Experience would not normally be considered a business podcast, because, well… It's not. Like, not at all. Not even remotely. However, many of the guests on the podcasts are some of the most influential people in the world today. While these scientists, politicians, journalist, and entrepreneurs are interviewed lots of other places, they are rarely as honest and detailed as they are here. Episodes with MMA fighters or stand-up comics will rarely, if ever, offer you some new business insight, but the interviews with someone like Tesla's Elon Musk, MIT's Lex Fridman, or Twitter CEO Jack Dorsey, can give you a better understanding of the ever-shifting societal landscape that you and your business operate in.

All work and no play…

I could probably quote a study or two that explains how being happy makes you more productive, or how taking breaks when you are stuck on a problem can lead to innovative solutions... But I'm not going to since that would mean I would have to spend even more time researching this article. Instead, I'm just going to list some of the best time-wasters currently in my playlist. 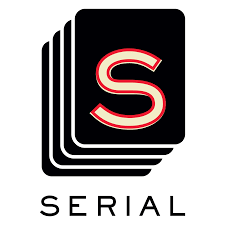 Serial is quite possibly the most influential podcast in the medium's brief history. Not only did it kick start the trend of true crime podcasts, especially in the "one story per season" format, it also led to the resurgence of true crime documentaries, like Netflix's Making a Murderer. It even spawned some fantastic parodies like The Onion's A Very Fatal Murder, and a couple of Saturday Night Live skits. 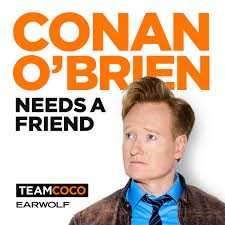 The amazing thing about this podcast is that it makes you realize how much the format of the late-night talk show may have stifled Conan's humor. With virtually no constraints with where his conversations with the worlds most interesting and funny people may lead, Conan is free to let loose and just have fun. While the discussions are often sincere and heartfelt, they are first and foremost hilarious. 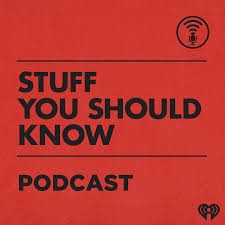 Stuff You Should Know

To be honest, maybe you don't need to know everything discussed in this podcast. It is, however, more than accurate to say that it is all stuff that is fun, entertaining, insightful, humorous, and enlightening to know. Each episode explores one tidbit of knowledge in thorough detail. While this could come off as exacting and pretentious in lesser hands, the hosts do a great job of informing and entertaining without preaching or condescending. With over a thousand episodes and almost as many topics, you would be hard-pressed to ever run out of intriguing topics.